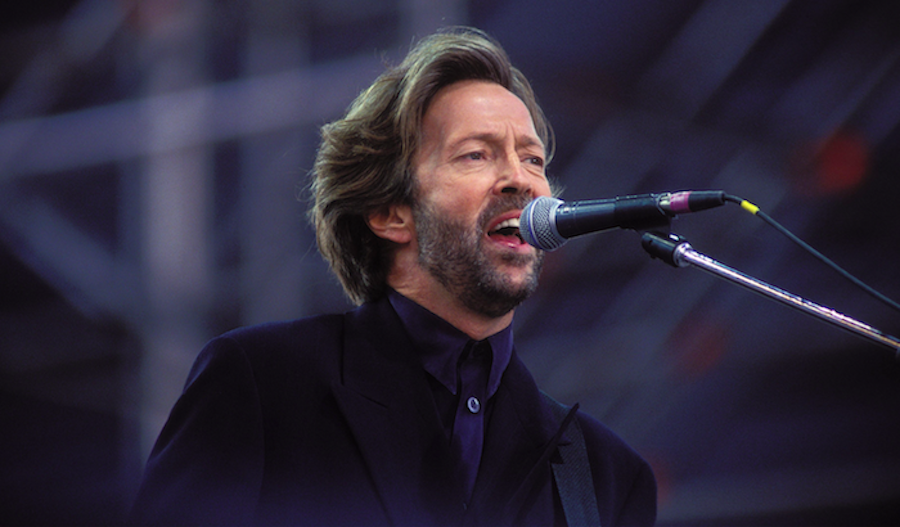 Memories Are Made Of This

Here’s the recorded version of the blog:

Working with Mr. Eric Clapton was one of the highlights of my life! Thanks to my ol’ singin’ pal Marcy Levy, AKA, Marcella Detroit, for throwing my name into this particular ‘hat’! It helped to make that a reality. Eric asked her if she knew any women with strong voices that she thought would be a good fit for his album, Behind The Sun. She said she knew immediately who to call…thank you, my friend….. 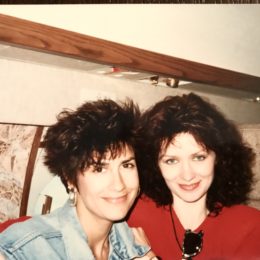 When I finally got myself off of cloud 9, I packed a bag or two and flew right to this tiny island called Monserrat right next to Antigua to record Eric Clapton’s, then, new album, Behind The Sun.

Little did I know, that the studio equipment was all George Martin’s, straight from the Beatles ‘Abbey Road’ studios in London.

We walked in on the first day to meet Eric and the esteemed producer, Phil Collins. After that first song, Eric came into the vocal room and asked us if we’d like to support the record on the tour…..YES!!

Many wonderful shows and amazing times happened while we were on the road, but I guess, THE most amazing show we did, and it will go down in my history as the absolute pinnacle for me, was doing Bob Geldof’s, Live Aid Concert, did you know it was organized in only 10 weeks? For those of you who’ve forgotten, it was a benefit concert for famine relief in Ethiopia and raised $127 million. They estimate that approximately thirteen satellites beamed a live television broadcast of the event to more than one billion viewers in 110 countries. People watched the simulcast concert at Wembley Stadium in London and JFK Stadium in Philadelphia on July 13, 1985. 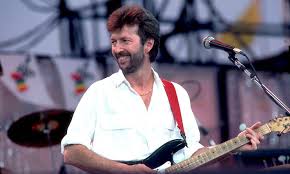 Of course, we were in the Philadelphia show, I remembered we played right after The Thompson Twins, they had a really cool set, and right before Phil Collins did a set. (He had performed at Wembley earlier in the day, had crossed the Atlantic on the Concorde to become the only artist to appear on both Live Aid stages.) We already had this news ahead of time, so we had a double drum kit set up and waiting next to our drummer, Jamie Oldaker. Phil then came and sat in with us on our show. (He was the producer, among his many other talents for the Behind The Sun record.) We hit the stage just as the sun was setting, but it didn’t ease the heat of the day. I have to say, it was probably around 98º…..and a little hard to breathe with all the humidity…. We launched into our three-song set starting with, ‘White Room’, ‘She’s Waiting’, and the finale, ‘Layla’. (See below for the links to the Live Aid songs we did!!) 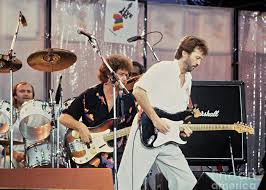 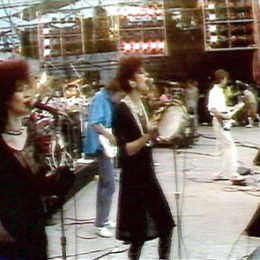 The crowd was massive, over 100,000 people, and when we came out on the stage, the roar was absolutely physical…. Eric, of course, Donald ‘Duck’ Dunn on bass, Tim Renwick on 2nd guitar, Chris Stainton on keyboards, Marcy and myself on BG’s, we all felt the crowd like a literal wave of energy that pushed us all back a couple of steps!! It was so intense, and unreal, we got a little distracted, till we found our bearings and launched in ‘White Room’, followed by ‘She’s Waiting’, and I thought the crowds heads were going to explode when Eric hit the first strains of his classic, ‘Layla’! It was a little hard to hear, what with the glorious constant crowd roar, but the sound crew was on top of it at all times. 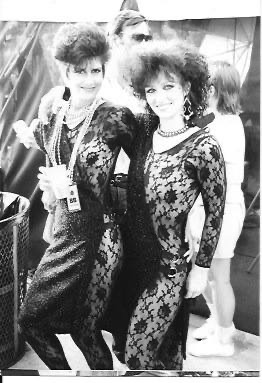 Right after our set, Phil was the featured performer on the next set as well…we stayed around to watch Phil for a bit, but there were so many folks milling about, mainly the gigantic crew; lighting, cameras, stage people, we decided to head back to the green room and wait for Eric to sit in on the finale. Again, at that point, there’s were so many people on stage for that, you could hardly make anyone out!! 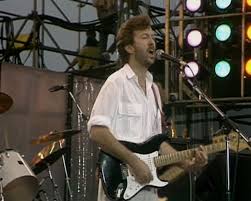 All in all, it was a HUGE success for the cause and marked one the most pivotal concerts that ever was….I don’t think it has yet to be topped. That many artists on two continents, simultaneously performing…the love, honesty, and outpouring from the audience to performers and back again will be really hard to beat in my lifetime….

What were some of your favorite Eric Clapton Career Highlights?