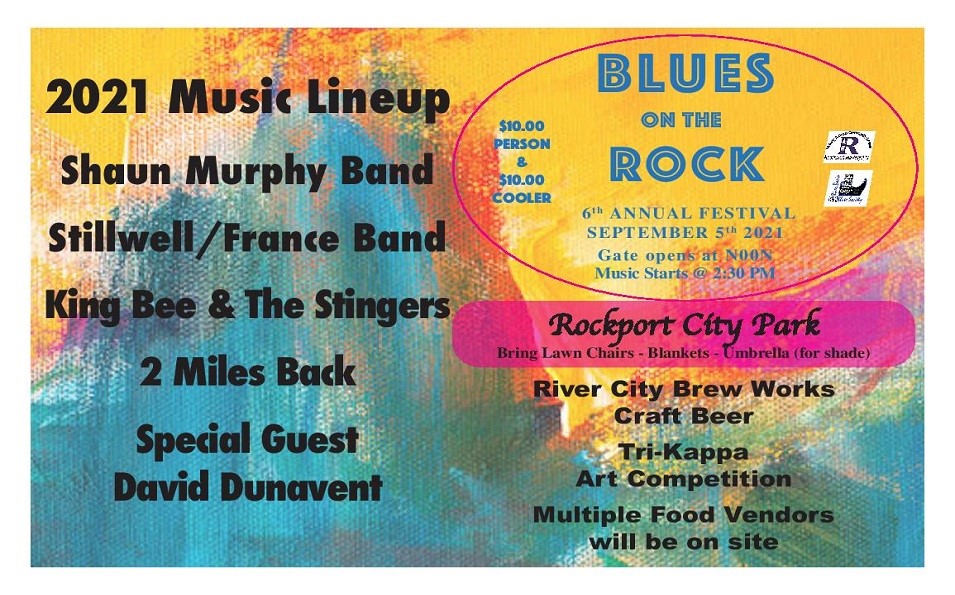 Shaun Murphy News, News from the Road, On the Road, Uncategorized

Ever heard of Blues on the Rock Fest?

After 20+ months of not performing, and several of my city festival dates canceling, due to COVID-19, I was thrilled to be headlining a new show at the Blues On The Rock Fest in Rockport, IN last Sunday. The River Basin Blues Society and the city of Rockport pulled out all the stops to get this festival up and rolling…..

Blues music has been such a warm place to lay my head for all these years! I still remember the strains of Big Mama Thornton when I performed at the first Ann Arbor Blues Festival in 1969.

That’s where I experienced the great blues artist, Big Mama Thornton, among so many other legendary artists. I was hooked right then and there, but it took a while for me to come to that full circle! I was so amazed by her presence, her inner power, and just everything about her….. and I’ve been a fan ever since…..

Blues on the Rock Fest returned for the sixth year!

Tickets were available at the gate for $10. Kids under the age of 12 were admitted free. Outside coolers could be brought in for a mere $10/cooler.

The event was made possible by the festival association, Association for a Better Rockport, the City of Rockport Park Board, and the River Basin Blues Society.

Proceeds from the festival support City of Rockport Parks Board improvements, Association for a Better Rockport community-minded events, and the River Basin Blues Society. 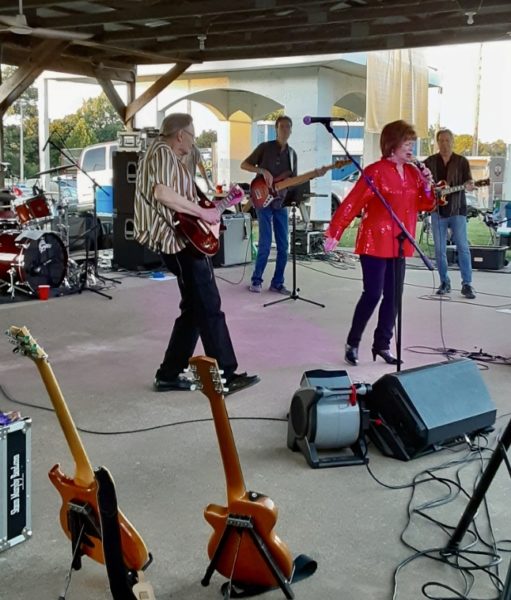 Blues on the Rock Fest

Headlining at Blues On The Rock Fest with my band was like coming home, in fact, one of the last festivals we played before it all ‘hit’ the fan was this festival in 2019!! We had an amazing time, the audience was great, and got to meet up with quite a few folks from the last time we were there…. Whether we’re playing blues, roots, or anything in between, the crowd was so receptive, I loved it!!! 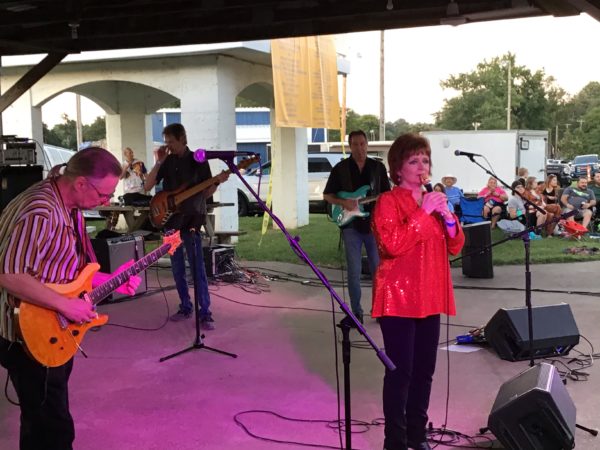 Wow, I was pleased to be told that Rockport, IN of course is known for being Abraham Lincoln’s boyhood home! Wish we would have had more time there, I would have loved to check out the Lincoln museum.

Historically accurate replicas of a number of Spencer County cabins and businesses from Abraham Lincoln‘s time are the main attraction of the Village, giving visitors the opportunity to see what it was like to live in Indiana during Lincoln’s formative years.

The Village was so well known throughout the United States in its early years that it was chosen as the setting for portions of the 1955 Burt Lancaster film The Kentuckian.

Corporate sponsors and local individuals keep this festival vibrant and further community goals of promoting local tourism and contributing to public programs which support arts and music education in the area.

Proceeds are utilized in support to the City of Rockport Parks Board through improvements to the park’s infrastructure. Donations to the Association for a Better Rockport help promote community-minded events and donations to the River Basin Blues Society assist in promoting the Society’s mission of keeping the blues alive in the tri-state.

Sure are some cool facts about this gem of a town: Rockport, IN

Again, many thanks to everyone that made this all happen.

If you’ve got a yearning for Blues music, have a listen to my recent releases.