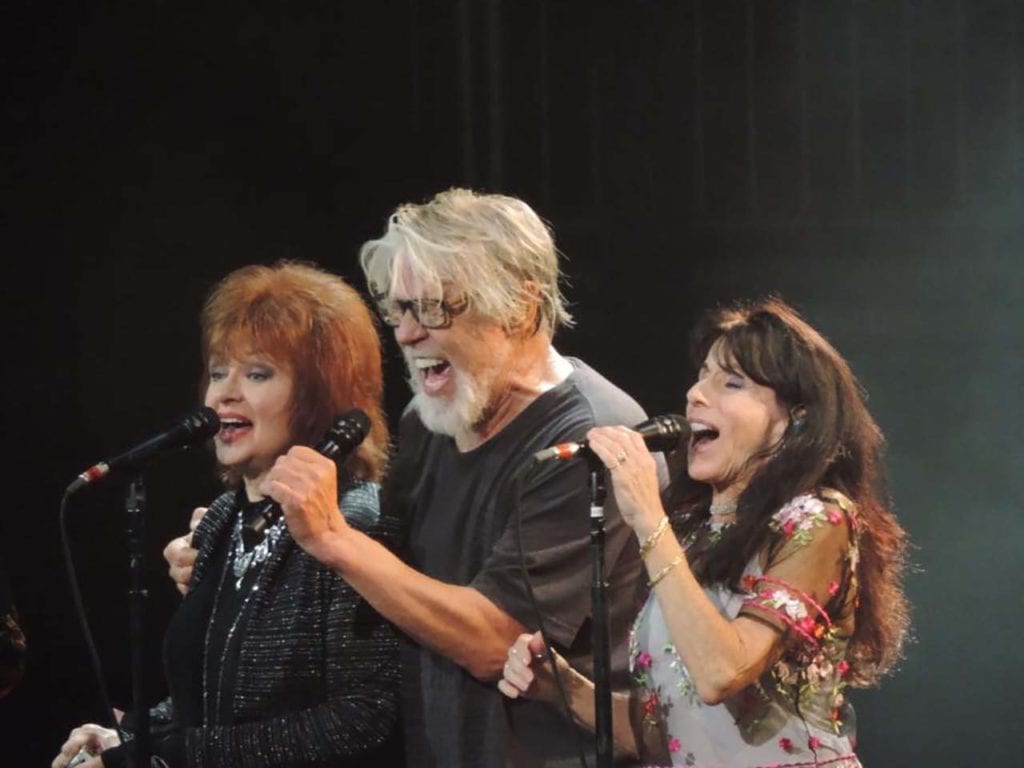 Good morning everybody. Well, it’s sort of a good morning.

It’s only 1 o’clock in the morning but we just got through playing here in Raleigh, NC at the Walnut Creek amphitheater. What a cool place this is.  20,000 strong, PLUS came to the show tonight and we sure did appreciate it. You guys were singing like crazy.

Grand Funk Railroad opened up for us and I was over to the side of the stage watching the band and I was actually watching you guys too, because you were singing like crazy I loved it, I just loved it.

Anyway, when we first pulled up, I saw this sign in the back where all the trucks and buses are, and they ‘bustled’ us in, on the vans from the hotel, and it’s a nice little layout for the people that work there. And there were a lot of things going on and I know that everybody that works there at the amphitheater works really hard and they need a little place to go and kind of relax between whatever they’re doing. Seems like they’re working 15 hours a day – I’m not sure, but anyway, it looks like a cool place to spend some time.

Anyway, the next picture is some of our very amazing trucks. Looks like six semis that haul around all of our equipment; sound, lights, platforms, drums – you name it – all the stuff goes on all the trucks and in the background, you can see three of the buses that the crew ride on, there. Anyway, some of us got there really early today, so I went out to the front of house sound board, and I took it and took a little picture of the stage there. They’re far from finished setting up, so it’s going to be at least another two hours before we can get in there and do the sound check. So, actually, it makes for a really long day for all of us.

I know the crew are in there, oh gosh, 7 o’clock in the morning starting to set up look at all this equipment. There is the flying light trusses and everything. It’s got to be meticulously hung otherwise, ooo-wee, we could have a big accident. Anyway, this is the empty stage, such as it is, it looks a little messy, but it’ll be all cleaned up by the time we get out there. So later, after sound check, and after a very fine dinner we had there, we’re getting ready to go on and these are my battery packs, I thought you might be interested in that; one for Barbara, one for me and one for Laura, and Bob was so kind to give us some ‘in-ears’ for monitors, which we are very, very grateful for, and they’ve just been a blessing, I mean, I’ve been in this business a long time and this, this is, I kind of think I balked at having in-ears, for a long time, but boy, what a waste of time.

I wish I would have had them many years ago, but anyway, um, it’s getting later and later and I’m going to sign off.

I thank you for listening, and checking out the latest blog here and, happy May 24 to ya, that’s what it is now, uh, we’re heading out early tomorrow for Washington DC for the next show and I will catch up with you then thank you so much, good night!!