Bob Seger’s Backup Singers – The Story of Us 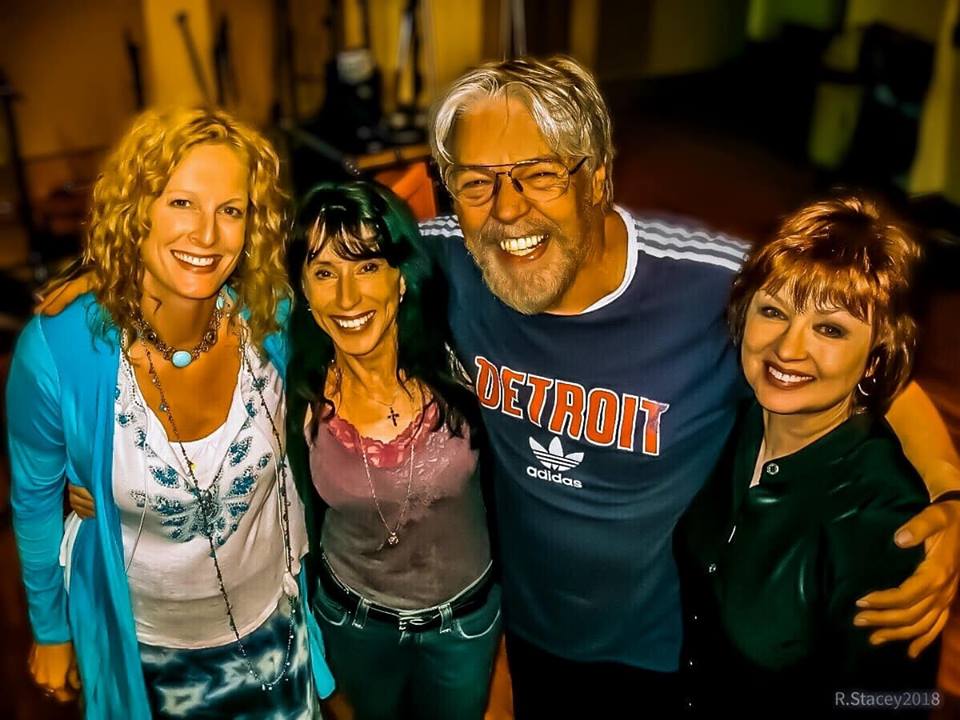 2 years ago3 months ago

I’ve been touring and recording with Bob for many, many years — since the mid 70s, as a matter fact. First in Detroit, where I was living, we used to do a lot of recording at different studios in town and even to this day we still do a lot of tracking on the background vocals at his own private studio.

I moved to LA for about 10 to 12 years and Bob was recording out there at Capital Records all those studios at the Capitol Record plant, and then in 95′ when I moved to Nashville Bob fell in love with Ocean Way here in Nashville, so most of his tracking in the newer albums have been at Oceanway and we’ve been tracking vocals there as well!

First, I want to talk about these two pictures, coincidentally, both of them are shot from Ocean Way Studios the first black-and-white one I want to introduce you to is Miss Leslie Mills, Bob Seger, Miss Laura Creamer and myself, Shaun Murphy.

Leslie, I think is gone to, she moved out of state, but I think she was working with Barry Manilow for quite a number of years now, lost track of her…

… but I want to talk about my first meeting with Laura Creamer which was probably wasn’t very hysterical for her unless she got a double meaning of hysterical, but she came into the foray about, I don’t know, three months into the ‘78 tour and Bob said, “you know, I really like the sound of a female singer and doing the background, I’m gonna bring in another singer.”

Now Bob had known Laura for a long time, and actually Punch, his manager, Punch Andrews used to manage Laura‘s female singing group The Mama Cats, so coincidentally, she was living in LA and he was out there doing some stuff and he called her in, and said you know, come and join us on the tour…

So she shows up, poor thing, I know she was tired, and she shows up just before sound check, we get a sound check we’re doing a few things, going over a few things, and she had no rehearsal and I was I was terrified for her, so we get up to the show and I said look, I’m gonna try this just to see if it works I’m gonna push you up to the microphone when it’s time to sing, and I’m gonna pull you back when it’s time to stop singing…

… and that’s what we did all night long and she was perfect, she’s got such an ear and she’s she’s so focused that she just did a great, great job and she’s been on the tour, well, she missed the 1980 tour, but she was back in force from 1983 and to the present, so I just love her,

… she’s a great friend and she’s also a Taurus, actually Bob, Laura and myself are all Taurus, it’s like a little known tidbit,

… anyway just kind of the second picture, which is a colorized it to the 10th degree by Mr. Richard A.Stacey, we got Miss Barbara Payton, Miss Laura Creamer, Bob Seger and myself Shaun Murphy and the shot, again, taken at Ocean Way Studios...

… and I want to say something about the Barbara induction into the troops here, I think it was 2006 she joined us and she’s a great friend of Punch Andrews and his wife, that’s how they got to know her and they used to go and see her and she had a bands in Detroit at the time, and so when we were looking for a third singer, Punch says yes, let’s bring Barbara in to see how it goes…

… so she came into rehearsal, did a great job, great job, and we rehearsed for the tour,

… so we get up to the first show and she, she hadn’t been used to huge audiences, cause, you know, she’d been doing the club circuit in Detroit area and so I first saw the audience I think was, I don’t know, 15 to 20,000, something like that, and she was, poor thing, was terrified, so, as some of you might remember, we did, we used to open with Roll Me Away, so, Laura, I jumped up to do the song because we’re just doing percussion, there are no.backgrounds and Barbara didn’t know quite what was happening and so she jumps on stage and we’re looking at her and she’s looking at us, so just pick up the cowbell,

… I think that was the only mistake she’s ever done believe me she is a work, working bee, we just love her and we’re so glad that she’s in the trio here we have a great time on the road together all three of us,

… so until next time with more postcards from the road, I will be talking to you later!

It sure has!!! Thanks for checking it out.

It sure has Sonny…but we have amazing memories of this wonderful ‘family’!
Shaun

You “girls” are the best! Backing up Bob or in your solo careers!

Thanks Dawn, We are so lucky to have been paired up all these years. They are such good friends!!
Shaun

Hey Tony, Sure wish I could get back ‘down-under’ again, what a spectacular Country you have in Australia!!!!
Shaun

LOL, I’m going to try and keep it interesting…..

Great hearing the story of our lovely ladies ?
Thank you Shaun!

Thanks Teresa!! I want to keep it going as long as the tour lasts, and then off to my own gigs after this is all done…..
Take care,
Shaun

Shaun, it’s great that you are sharing these stories. I’m sure everyone on your website enjoys them as well. Looking forward to more tales from the road.

Thanks Steve, Looking forward to getting back out on this next leg and posting!

I was thrilled to see your Story in my fb feed this morning. It’s always nice to read about the history behind the scenes. You all are an amazingly talented group of Ladies. Thanks for Sharing Shaun. Enjoy the next leg of the tour. Fingers crossed, I get you see and hear you all again . One last time before the tour ends . Enjoy and Safe Journeys along the way ❤️

Hi Josie, Thanks so much for leaving a comment! I hope to do a number of these throughout the rest of the tour…I appreciate the feedback too!!
Best, Shaun

Looking so forward to seeing y’all in Charlotte soon!

Can you get a message to Bob Seger if so Tell him Terry is on Long Island, A.S.K.A. (Dennis Hunt} We met in Fla. on my Water bed Hug him for me Please <3

It might be something I’d be uncomfortable to tell him…..lol

Tell him any way He will know me He called me Babe when we were together, if he use the name Dennis Hunt as that was the name he told me. Smile I do miss him so much if it is him

It is like your having a conversation with family and friends.

All we need is a campfire’ oh the stories that could be told!

Not sure why this is asking me for a Moderation.

Thanks, that’s a wonderful way to say it!!!!

Thanks for the article. You guys are fantastic! Hope to see you soon. Love watching you all on stage, so full of energy

Thanks Val, the energy is always connected with you, the audience….so thank YOU for that too!

Been loving your performances since 1976, and truly love seeing all 3 of you terrific Ladies every time!!
Always look forward to the next great show!!

Thanks Bruce!!! Hopefully will see you sometime after the tour…… ;o)

Most Awesome girls ever on a stage! Nicest women in the world too! Continued success!! Continued Success!!

Thanks Doak!!! Heading out tomorrow for another leg of Bob’s tour….
Hugs,
Shaun